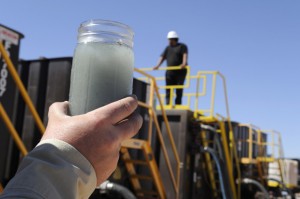 Councils that back fracking will get to keep more money in tax revenue, David Cameron has said as he urged opponents to “get on board”.

The doubling of a city’s production of solar electricity

Stockholm’s largest photovoltaic plant has been inaugurated. The plant supplies approximately 180,000 kWh per year, which is a doubling of Stockholm’s production of solar electricity.

The photovoltaic system consists of 919 solar panels, which cover an area of 1,500 square meters and are mounted on the roof of Tray 6 in Frihamnen. Tray 6 is a giant ( 40 000 square meters ) building of archives, warehouses and offices. 15 percent of the building’s total annual electricity needs will be met by solar energy.

The price of solar panels has dropped so much that for the first time we can expect to be able to produce electricity at a cost that is competitive. We will pay a lower price for it, than we currently pay for “normal” electricity, says Helena Bonnier (M) , Chairman of the Ports of Stockholm.

CCCRdg has just launched a new facebook page. This is a test to see how many likes we can receive 2014 locally from our businesses, the community, the Government, local government and education.

Waste not want not – food waste used a fuel

The plant will mainly be supplied with food waste from Stockholm’s southern municipalities. The agreement means that an increased supply of locally produced biogas is ensured, and that the share of biogas in the vehicle gas supply Transport market of Stockholm, is growing.

– Increased production of biogas is of national interest, and deemed necessary if Sweden is to achieve its set carbon target, where Eon is a vital player in the market. In our cooperation we create synergies for both parties and we look forward with confidence for the future, remarked  Michael Olausson (Vice President of Scandinavian Biogas)

Hello, the very point is that we have passed the tipping point… consumption has finally taken us to a Point of No Return. Beyond the point of no return, it´s all about damage control – The Titanic sequel consequences – Why was the Titanic disaster an extinction? Mayabe, if we do as we should.. ..need 2 STOP all counterproductive activities now!

Check out this documentary

The logic step is to deal with, accept and agree on the above the sooner, the better!
/CCCRdg