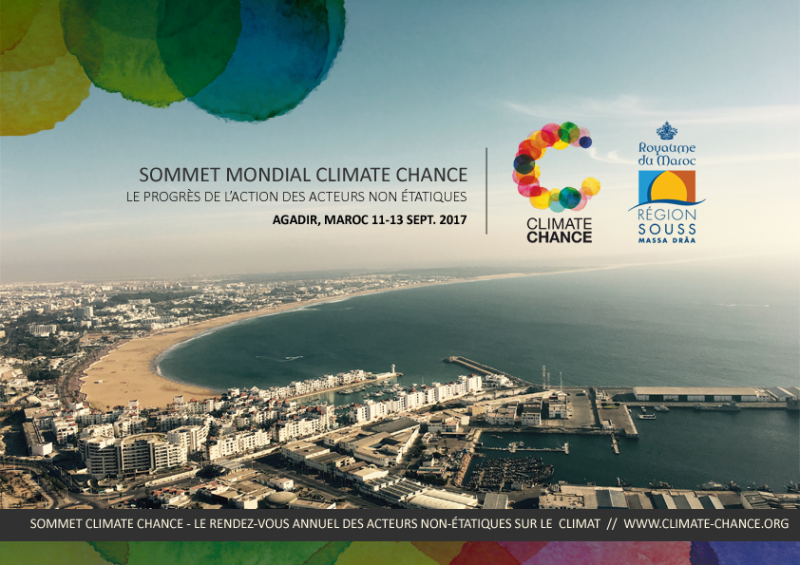 Disaster adaptation and resilience are complementary strategies for reducing and managing the disaster risks of climate change. Substantial disaster response programmes and disaster assistance over near time can reduce climate risks in the 21st century and beyond, increase prospects for effective build back better efforts (Building better from start and adopt to the new normal), why build back better is so important to in learning and developing from hazard zones, reduce the costs and challenges of disaster adaptation in the longer term and contribute to climate-resilient pathways for sustainable development.

Effective disaster adaptation responses will depend on policies and measures across multiple scales: international, regional, national and sub-national. Policies across all scales supporting technology development, diffusion and transfer, as well as finance for responses to climate change law, can complement and enhance the effectiveness of policies that directly promote disaster adaptation.

A first step towards disaster adaptation to future climate change is reducing vulnerability and exposure to present climate variability, but some near-term responses to climate change may also limit future choices. Integration of adaptation into planning, including policy design, and decision-making can promote synergies with development and disaster risk reduction. However, poor planning or implementation, overemphasising short-term outcomes or failing to sufficiently anticipate consequences can result in maladaptation, increasing the vulnerability or exposure of the target group in the future or the vulnerability of other people, places or sectors. For example, enhanced protection of exposed assets can lock in dependence on further protection measures. Appropriate adaptation options can be better assessed by including co-benefits and mitigation implications.

Co-benefits of disaster adaptation could affect achievement of other objectives, such as those related to energy security, air quality, efforts to address ecosystem impacts, income distribution, labour supply and employment and urban sprawl. In the absence of complementary policies, however, some disaster adaptation measures may have adverse side effects (at least in the short term), for example on biodiversity, food security, energy access, economic growth and income distribution. The co-benefits of disaster adaptation policies may include improved access to infrastructure and services, extended education and health systems, reduced disaster losses, better governance and others.

Comprehensive strategies in response to climate change law that are consistent with sustainable development take into account co-benefits. The assessment of overall social welfare impacts is complicated by this interaction between climate change response options and pre-existing non-climate policies. For example, in terms of air quality, the value of the extra tonne of sulphur dioxide (SO2) reduction that occurs with climate change mitigation through reduced fossil fuel combustion depends greatly on the stringency of SO2 control policies. If SO2 policy is weak, the value of SO2 reductions may be large, but if SO2 policy is stringent, it may be near zero. Similarly, in terms of adaptation and disaster risk management, weak policies can lead to an adaptation deficit that increases human and economic losses from natural climate variability. ‘Adaptation deficit’ refers to the lack of capacity to manage adverse impacts of current climate variability. An existing adaptation deficit increases the benefits of adaptation policies that improve the management of climate variability and change.

Disaster adaptation options exist in all sectors, but their context for implementation and potential to reduce climate-related risks differs across sectors and regions. Significant co-benefits, synergies and trade-offs exist between different disaster adaptation responses; interactions occur both within and across regions and sectors; For example, investments in crop varieties adapted to climate change can increase the capacity to cope with drought, and public health measures to address vector-borne diseases can enhance the capacity of health systems to address other challenges. Similarly, locating infrastructure away from low-lying coastal areas helps settlements and ecosystems adapt to sea level rise while also protecting against tsunamis. However, some disaster adaptation options may have adverse side effects that imply real or perceived trade-offs with other disaster adaptation objectives or broader development goals. For example, while protection of ecosystems can assist disaster adaptation to climate change, increased use of air conditioning to maintain thermal comfort in buildings or the use of desalination to enhance water resource security can increase energy demand.

Disaster adaptation options are not available in every major sector. Disaster adaptation can be more cost-effective if using an integrated approach that combines measures to reduce emergency assistance and enhance long term carbon sinks in land-based sectors (e.g. forest laws to reduce deforestation).

Increasing climate change will increase challenges for many disaster adaptation and resilience options.

The most commonly emphasized institutional barriers or enablers for adaptation planning and implementation are: 1) multilevel institutional co-ordination between different political and administrative levels in society; 2) key actors, advocates and champions initiating, mainstreaming and sustaining momentum for climate adaptation; 3) horizontal interplay between sectors, actors and policies operating at similar administrative levels; 4) political dimensions in planning and implementation; and 5) coordination between formal governmental, administrative agencies and private sectors and stakeholders to increase efficiency, representation and support for climate adaptation measures

Disaster adaptation measures intersect with other societal goals, creating the possibility of co?benefits or adverse side?effects. These intersections, if well?managed, can strengthen the basis for undertaking climate mitigation actions

Disaster adaptation can positively or negatively influence the achievement of other societal goals, such as those related to human health, food security, biodiversity, local environmental quality, energy access, livelihoods and equitable sustainable development. On the other hand, policies towards other societal goals can influence the achievement of mitigation and other disaster adaptation objectives. These influences can be substantial, although sometimes difficult to quantify, especially in welfare terms. This multi?objective perspective is important in part because it helps to identify areas where support for policies that advance multiple goals will be robust.

In increasing climate change, will increased disaster adaptation challenges and resilience help reverse the trend and strengthen the basis for undertaking and deliver climate mitigation actions?

Increasing resilience efforts to adapt to climate change law imply an increasing complexity of interactions, encompassing connections among human health, water, energy, land use and biodiversity. Disaster adaptation can support the achievement of other human right goals, such as those related to human health, food security, environmental quality, energy access, livelihoods and sustainable development, although there can also be negative effects. Disaster adaptation and resilience measures also have the potential to undertaking and deliver mitigation co-benefits, and vice versa, and support other societal goals, though trade-offs can also arise.

Overall, the potential for co-benefits for disaster adaptation end-use emergency response measures outweigh the potential for adverse side effects, whereas the evidence suggests this may not be the case for Agriculture, Forestry and Other Land Use (AFOLU) measures.