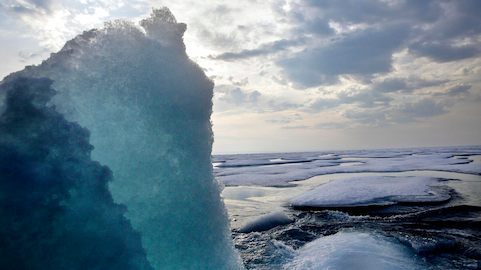 The belief in new technology allows us to avoid the insight that this civilisation has no future.

Last year, Therese Uddenfeldt visited an exhibition at Bonniers Art Hall; I’m not an art critic so I’m going to leave my views on the exhibition there, but in passing, I can mention that it was awful.

The work originated from the opera “Aniara”, that is, the music of Harry Martinson space epics. You know, the earth has been wrecked by environmental degradation, and humanity’s last hope is to set the course toward Mars.

The artist Susan Philipsz had picked out the leading part tune and let a violinist record the ballot, tone by tone. Accordingly first C. Then C#, then D and so on. Afterwards, the tones had been placed in the correct order but in different channels, after which in the art gallery were played in twelve different speakers hanging here and there. Twice I went there; both times it was grassy.

Then I realised the genius. Philipsz had in a screwed way illustrated how we approached the “environmental issue”. Just like “Aniara” had shrunk from a powerful harmony to scattered tones, we have long ago ceased to see the biosphere as a living space. In many ways, it is a rational strategy, because it allows us to believe that now, now we are overtaking it. The death of our civilisation.

Does it seem far-fetched?

Let me share a text with you. Some time ago, I came across a chapter by the sociologist Zygmunt Bauman. One of his basic ideas is that modernity, what we live and breathe – so to speak, since the Enlightenment is characterised by the belief that everything is going to be fixed. For man there is no obstacle too big to overcome.

But there is a small problem. Death. And not just a small problem, but the ultimate mockery. In fact, death can not be defeated and therefore it threatens our entire world image. Death must be handled in some way.

One way, according to Bauman, has been to stop talking about death instead of talking about health. So much more reassuring, right? Another approach has been to divide the death of a lot of isolated areas dealing with their own speciality. In these boxes we plow down the capital and cutting-edge research and every medical progress, preferably as expensive and technically advanced as possible, dampens our concerns. Soon, we will even abolish death!

During the reading of Bauman, I thought about how we just have dealt with “the environment”.  At the furious and accelerating pace, the core of Western life is transforming high-quality natural resources into debris (products on the shelves). It is a process that on the road generates extinction of species, overfishing, deforestation, plastic islands in the Pacific, toxic chemicals and so on. In short, there is a constant degradation of the biological system. Thus, if we continue as now, our civilisation is sentenced.

But instead of realising it, we choose to discuss sustainability. That sounds nicer? In the same way as death, no sorry health, has been divided into separate, highly specialised expert areas, “Sustainability” has been sliced into manageable pieces of the cake with their own brand new technological achievements. Solar cells glued to skyscrapers! Car batteries being charged when we burn on the highway! Artificial photosynthesis! Sure it feels like everything is going right? Because we will come up with new solutions. That is how the modern man works. But as much as a vaccine against Alzheimer’s makes us immortal, cheap solar cells will make a growth society sustainable.

Just as a vaccine against Alzheimer’s makes us immortal, cheap solar cells will make a growth society sustainable.

Although I suspect that it is contrary to the theory of paradigm shifts (It is not so that only afterwards can put into words what happened?), I think we find ourselves in such a moment, and that the break point is the view of solar cells (PV). For those who belong to modernity, green technology is the solution. To me, and some other foil hats, they only make the situation worse.

It is not the first time in history that humanity has lived in parallel realities, side by side, with such a diametrical view of something so trivial. A fine example is in Yuval Noah Hararis “Sapiens”, in a passage about Christoper Columbus. As a Christian, Columbus collected his worldview from the Bible and there are only three continents mentioned: Europe, Africa and Asia. A fourth continent was therefore unthinkable.

But while the bubbling of ideas in 14th century Italy. Out of curiosity, and a pure desire to understand the world as a whole. The Renaissance challenged the biblical world order and laid the foundations for a scientific, empirical approach. Suddenly there was room for a new continent: America.

One might say that America was both there and did not exist during this period: some acknowledged the continent and others did not. The Renaissance and the Middle Ages lived side by side. As for Columbus, he held fast to that he had cast anchor on the coast of Asia. He was into the last a medieval man, Harari states.

The new America of our time, I would like to say, is the solar cells (PV). Those who believe in “Green Tech” are still in a paradigm where the idea is, we always find a solution. This is predominant or prevalent. Which could thus make large parts of the environmental movement into: Columbus.

So who is the new Renaissance manor woman of our time, today’s Leonardo, if anyone? I have a suggestion.

Writer Roy Scranton. Our crisis can not be tackled by electric cars or agreements at all, he claims. “Our greatest challenge is of philosophical nature: to understand that this civilisation is already dead.”

Scranton’s personal background plays a certain role. He is also the war veteran. After surviving 14 months at the Iraqi front, he came home to the United States and hoped for a comfortable middle class life as a poetry teacher. But when the World Bank and the IPCC gave its gloomy future scenarios, it struck him that these institutions are not a flutter from the left but, on the contrary, deeply invested in global capitalism, so … it kind of blew my mind. I had this moment: this is for real. Scranton needed to process his insight in any way and resulted in an essay: “Learning to die in the Anthropocene”.

Scranton is accustomed to giving his experience of Iraq a particular mystery; You do not have to be a soldier to experience constant terror. But he admits that, as a veteran, he had an advantage when he began to twist and turn the “Anthropocene” because he had done something strange to many environmentalists: confronted his own death.

Learning to die is hard, he writes. It requires daily exercise. And every morning, after taking care of his Humvee, Scranton trained. He saw in front of him how he was blown, shot, raised, crossed, torn by dogs, captured and throat. Then, before rolling over the barbed wire, he thought he did not have to worry about it anymore because he was already dead.

As said, he does not want to give war experiences a special aura. But he believes that, thanks to the daily interaction with the idea of ​​his own wreck, he could more easily see what our supremacy about new technology really is about. Namely fear of death. The belief in new technology allows us to avoid the realisation that this civilisation is already dead.

Many fade from such a pessimism and question how it can help us. I myself feel that someone has released fresh air in an unhealthy environmental debate that revolves around the fact that the price of solar cells only drops a bit so …

Yes what? Well, then we can continue to convert high-grade natural resources to junk. Cheap Renewable Technology – Thumbs Up. The downside – more exploitation, deforestation, plastic islands in the Pacific, toxic chemicals, extinction of species – are topics for other conferences, other studies, other protocols. Because the modern approach can not handle the holistic manner, but only narrow slices of the cake.

The First Violin, the the leading part tune finely-divided into twelve different speakers instead of an entire orchestra.

We compartmentalise, with a long word. Chops and pour the biosphere in the various vessels that do not communicate with each other. This is why we can sign the #ParisAgreement, and at the same time believe that it is possible to maintain a high standard of living.

Has it been caught better than by the poet Jonas Gren?

“The car sales record and the 2-degree goal, aimed at 1.5

Royal Dutch Shell and the 2-degree goal, aimed at 1.5

Statoil and the 2-degree goal, aiming at 1.5

Paris calling. Did you know that we Swedes must reduce our emissions to one tenth per person per year to live up to the 1.5-degree goal? In my instinct, I thought that I would be bombarded by a newly established authority on how to make a lighter burden for the earth. That the Bulletin Board would resurface to spread good advice to the entire Swedish people. But I have not heard a sound, because there are no brochures. There is no new authority. There are no political suggestions about how to reduce my consumption.

The hope is that our shopping pleasure will increase, while new technology will miraculously tear away the traces of the biological system.

It’s because nobody wants us to do it. On the contrary, hope is that our shopping pleasure will increase, while new technology will miraculously tear away the traces of the biological system.

The absence of this thermodynamic reality in the debate makes me from confused to desperate, hit straight in the heart :. But I’m not alone.

Yes, I may be a little crazy. In here, in my bubble, in our shared solutions bubble there are also a lot of disjointed tones from a lonely violin solo, and they drive me to insanity.

Imagine – if we had to listen to the opera in its entirety. What would be possible then?

Dealing with a climate crisis has now gone #planetary — planners and policy makers alert the importance for vulnerable citizens of having an Urban Conservation Emergency Evacuation Plan policy in place for the outcome of the New Urban Agenda, proven realistic in an actual emergency. Environment havocs in the footsteps of climate change require for the first time to mainstream conservation disaster relief planning. 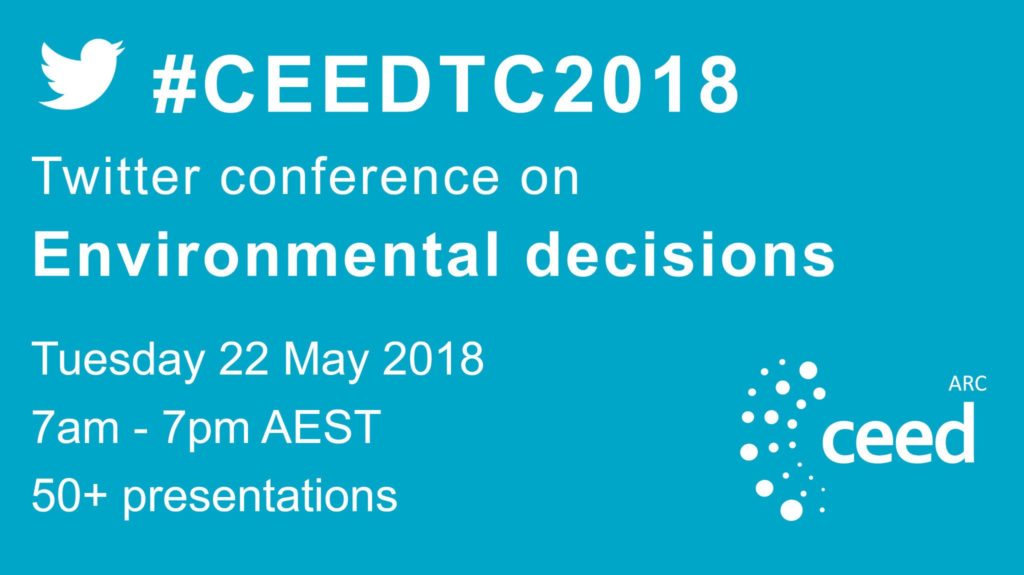