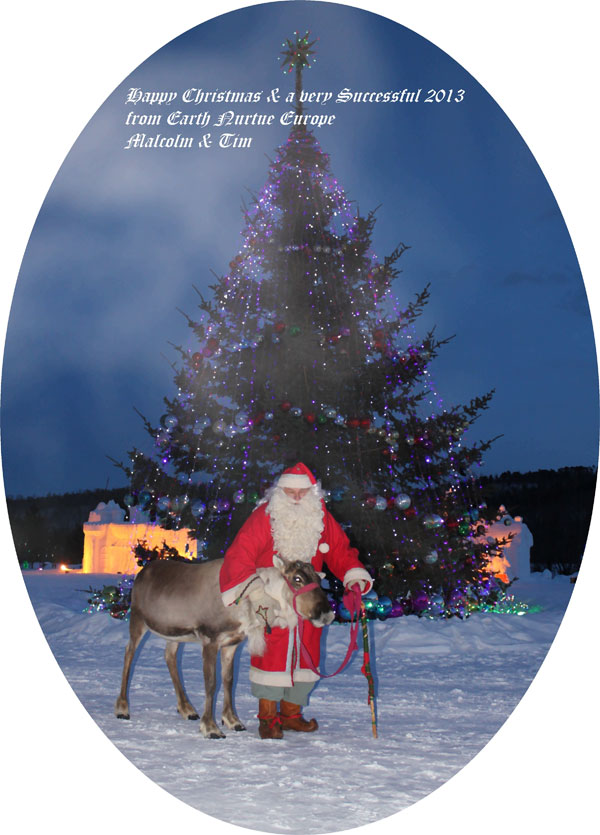 Interested in going really deep on the water-energy nexus?  Take a look at this year’s blogging contest to win a trip to Abu Dhabi, courtesy of Masdar.

Now’s your chance to travel to Abu Dhabi to see what’s happening yourself.

As a lead-up to Abu Dhabi Sustainability Week, January 13-17, Masdar is sponsoring a blogging contest called “Engage: The Water-Energy Nexus.” The winner will be invited to Abu Dhabi as VIP media to cover the week’s high-profile events.

Welcoming an expected 30,000 people from 150 countries to high-level panels, plenaries and events, the week promises to be an exciting and busy one – and Masdar wants you to be there blogging and tweeting about all the action.

The winning content will also be featured at www.masdar.ae

Among the more serious issues in the sustainability conversation today are those concerning resource scarcity and the insatiable global appetite for energy.   Water, especially, has cropped into view as the most serious resource constraint of the 21st century – a “new oil” bound to define opportunity and conflict for generations.

It may not be immediately obvious, but water and energy are deeply intertwined.  Tremendous amounts of water are used in the generation of both electricity and liquid fuel – even oil requires 40l of water for every liter of oil produced (new sources like Canadian tar sands are far higher). Water-free sources of energy like photovoltaics and wind power still require large amounts of water in their manufacturing phase.

To make everything more complicated, fresh water supplies are increasingly scarce & unpredictable –  especially in the developing world.   Hence what we call the “water-energy nexus” is emerging as a key topic of conversation at all levels of government and industry.

So how do we get out of this mess?

Simply put, saving water saves energy, and vice versa.    In most cases, finding ways to use water more efficiently will also result in a savings of energy.   Maintaining awareness of this relationship can help nations and industry prioritize efficient use of both water and energy.   Whether or not doing so is a “good idea” is a moot point – it is now a necessity, and any company or country that fails to recognize this efficiency imperative is bound to start losing money and investment in time.  This goes double for areas of the world where water is scarcer than others – especially where energy intensive desalinization is needed for drinking water.

The good news is that the water-energy nexus presents a tremendous business opportunity.  Startups around the globe have emerged to introduce new technology designed to track and measure water & energy use, modify existing technology to use less, and create brand new technology.    Governments too can encourage existing industry to evolve by pricing water and energy at realistic (read: higher) levels.

You can get involved by visiting www.reading.gov.uk/climatesurvey. The consultation ends today.

You can’t do it alone, together we can achieve so much – Everyone on board

A community of folks who’ve found out that car sharing beats the heck outta car rental or ownership.

green benefits – this idea is bigger than all of us…

Imagine a world with one million fewer cars on the road. We do. Every day we are working towards a place with less dependence on personally-owned vehicles. Why? Because it matters. Less cars on the road means less congestion, less pollution, less dependence on oil, and cleaner, fresher air to breathe. Some folks don’t believe it’s possible for car sharing to have such a huge impact.

The government’s autumn budget confirmed the earlier proposals for green car definition in 2013 is now a reality. The most important news is that the emission limits are tightened, while also taking into account the vehicle’s weight. This means that the requirements are tightened on small cars but also some larger, not currently approved green cars, can qualify as a green car.

The new rich limit is 95 g CO2 / km for fossils cars and 150 g / km for vehicles that run on for example ethanol, but practically clean car limit lower for vehicles lighter than 1372 kg and higher for cars that are heavier according to a formula.

The government does not change the benefit taxation of green cars despite criticism of short-termism from many directions. The rule for a special tax credit of 40 percent for gas and electric cars and plug-in hybrids only applies until the end of 2013. However, any alternative fuel cars will continue to permanent impairment of the benefit to the nearest comparable car. 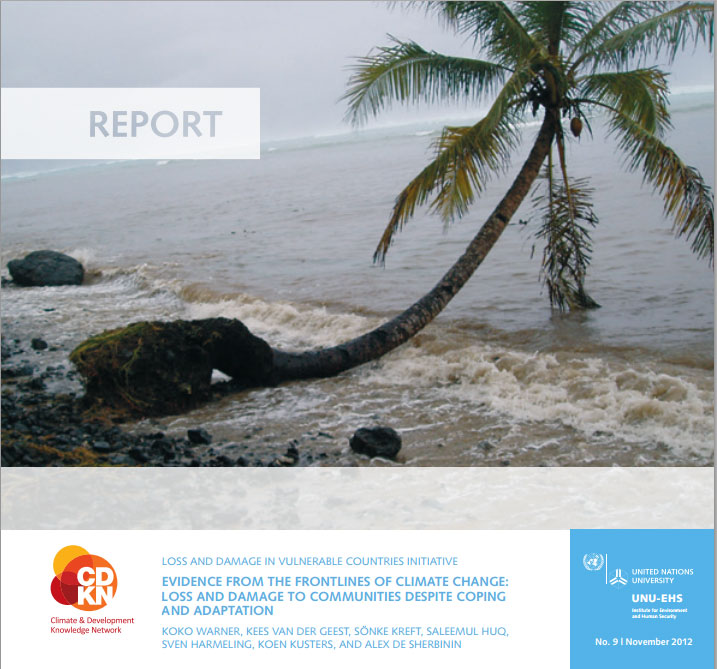 On 6 December 1987, 25 years ago, Maureen’s Pet shop of Glastonbury in (Somerset) bought carbon offset corresponding her pet shop’s total emissions, as calculated by the Carbon Markets Association. The compensation was done with tree planting and was the world’s first. Since then, only the CDM market has offset emissions of over a billion metric tonnes of CO2. 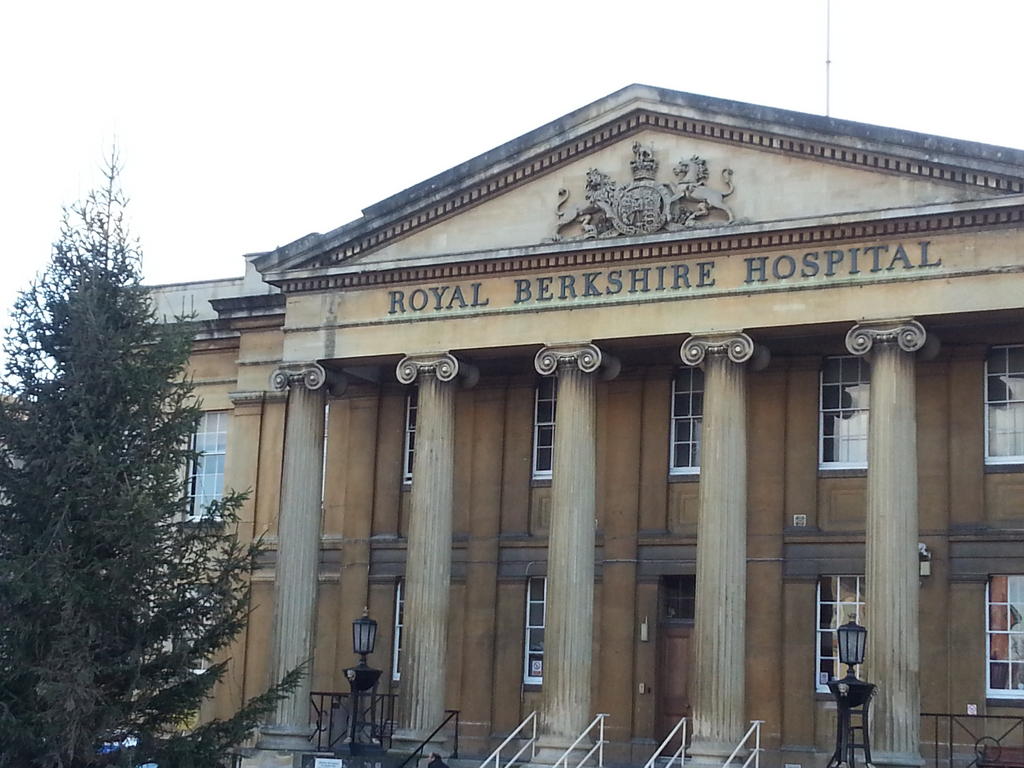 Royal Berkshire Hospital is currently in the progress of upgrading their energy infrastructure to achieve a 25% reduction in our carbon footprint by 2015. The project involves installing a gas powered Combined Heat and Power plant (CHP) which will generate nearly two megawatts of electricity whilst using its waste heat to generate steam and contribute in heating Centre, Maternity and South Blocks. The project is being delivered by Dalkia and the CHP is planned to be operational in April 2013.

During the construction of the new CHP energy services from the existing equipment is being maintained to keep the hospital ‘firing on all cylinders’. At the beginning of November, the old 1979 built steam boiler was decommissioned and removed from site making way for the new engine and heat recovery boiler to be delivered next month.

In addition to upgrading the boiler house energy plant, the project includes the lighting refurbishment scheme. To date 850 new high-performance light fittings have been replaced providing savings to the Trust of £16,000 per year.

The Reading Borough Council has decided on our long-term ambitions and endeavors in a vision for Reading: Vision 2020-50. The vision aims to bring about a vibrant, humane, creative city in 2020, where people are happy and can make their own life choices.

In the vision, Reading is a vibrant city environment with compact, functional developed areas. There are good communications to shopping and services, workplaces and the surrounding nature. Buildings and infrastructure are characterised by sustainable energy solutions and smart environmental design, and are adapted to future climate change. The city has clean rivers and watercourses, and plenty of parks that are both beautiful and safe.

Through hundreds of different building projects and investments in service and care, Reading will develop into a world-class city. Everything we do – from planning new residential areas to developing schools and elderly care – is based on our shared vision.

Be transparent. Do not talk only about your successes. Even if you have succeeded in a project, do not forget to comment on even the less successful, as that is where we can learn the most.

Release emotions: Use rational and evidence-based arguments, they bite better.

Be action-oriented! Focus on how employees can contribute and find solutions to your problems, rather than on what they can-not do. Challenge your employees, customers and suppliers to come up with new solutions and implement them if they have economic viability.

Ensure that all employees understand the organisation’s sustainability goals and how they can help you reach them. Set specific goals that are linked to each employee’s job, preferably with a bonus on top of achieving the objectives.

The organisation’s sustainability strategy must be authentic and objectives must be linked to core business because you really will boost sustainability and creating a commitment across the board. Have the CEO and leadership team on board; ensure that they communicate sustainability in everything they do, not only in the weekly internal communication but also with key financial figures and strategic decisions. It sends out strong signals in the organisation.

Give sustainability status. You can do this by, for example to create a network of sustainability ambassadors, an elite club where you have to have completed certain courses or in any way contributed to qualify. It increases the status of the matter internally.

Acting instead of just talking! It is important to avoid both cynicisms as to enable you to reach your goals.