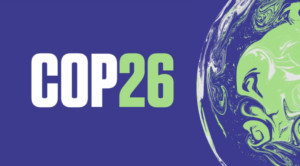 As social movements and civil society organisations, we exist to uphold the centrality of  life, people and planet, and fight until we win a better existence for all. It is our duty to tell the truth about the world we all share and the crises that engulf us. This is the truth about COP26.

Even before it began, COP26 was presented as a resounding success. Those of us who could find a way around the vaccine apartheid, “hostile environment”, constantly changing quarantine rules,  challenges of visa processing, and exhorbitant prices which made the ‘most inclusive summit in history’ the most exclusionary ever, found ourselves locked out of the negotiations. Meanwhile the fossil fuel industry and other merchants of misery had a red carpet welcome, and made up the single largest delegation at COP26. We came to Glasgow and found ourselves in Davos, policed heavily while the criminals were feted.

For days we were force-fed long pronouncements, speeches and declarations from so-called world leaders in government and business, who descended in their private jets and broke the rules the rest of us were expected to comply with to tell us to applaud them. But being honest we must say these statements are delusions – a distraction from the truth, and a dangerous one at that. For the richest countries, the relationship between affirmation and action doesn’t exist. The ugly reality is that developed countries are all in favour of climate action — as long as they don’t have to do much of the work themselves.

Year after year we have tried to intervene as these negotiations drift further away from their purpose. The process, stacked as it is in favour of the powerful, has not led to binding commitments to keep temperatures below 1.5 degrees Celsius and the redistribution of resources to ensure a just transition, but instead to flexible and voluntary “contributions” misaligned with science and divorced from justice. Across three decades in this process we have witnessed polluters’ great escape, an historic shifting of burden from rich to poor, from those who created these injustices to those upon whom these injustices are forced. There may be some language in some texts that have been the smallest of victories but 26 consecutive COPs have in practice ignored the need to pay the outrageous historical debt owed to the global south by the global north.

Instead there is an endless parade of false solutions, empty promises and fake, opportunistic announcements empty in their content and dangerous in their implications. Marked by corporate capture, the very talks that are meant to foster global collaboration to address climate change have now become the main vehicle for corporate and government “greenwashing.”

COP26 marks the zenith of a new era in the sorry saga of international climate politics, marked by cynicism, corporate capture and state complicity in the expansion of the death machinery of fossil fuels that is a death sentence for millions of Indigenous Peoples and local communities across the global south that already are living the worst impacts of climate change. The age of climate denial is over; the era of climate colonialism is upon us.

Developed countries speak with a forked tongue about urgency and ambition. The only urgency and ambition they feel is to maintain their domination of the rest of the world, its people and resources. They make headlines by pledging to do something at some point in the future, but wriggle out of any system to hold them to account.

Instead of clear rules and commitments based on science and equity, they set about creating loopholes and carbon markets to “offset” rather than cut emissions, by commodifying nature and shifting burdens through carbon trading to the South — burdens that will be disproportionately forced onto and violate the rights of women, youth, Indigenous Peoples, and frontline communities. Under the cover of “nature-based solutions,” they advance large scale biomass burning, carbon storage technologies, the commodification of the ocean, and practices that will displace food production and force continued deforestation.

They talk about how important climate finance is, and how they can’t leave the vulnerable to suffer. The repeatedly broken promise of $100 billion per year, which is a mere fraction of the amount they are obligated to provide,  makes a mockery of this. Instead of making clear commitments to deliver new climate finance in line with the unfathomable need of developing countries, they roll out the carpet for the financial industry to profit even more from climate breakdown.

Developed countries keep talking about how adaptation and redressing loss and damage are crucial, yet continue to avoid any liability and block finance for the communities on the frontlines from harmful impacts. So instead of a multilateral agreement that puts forward a clear path to address the climate crisis, we are left with a document that takes us further down the path of climate injustice.