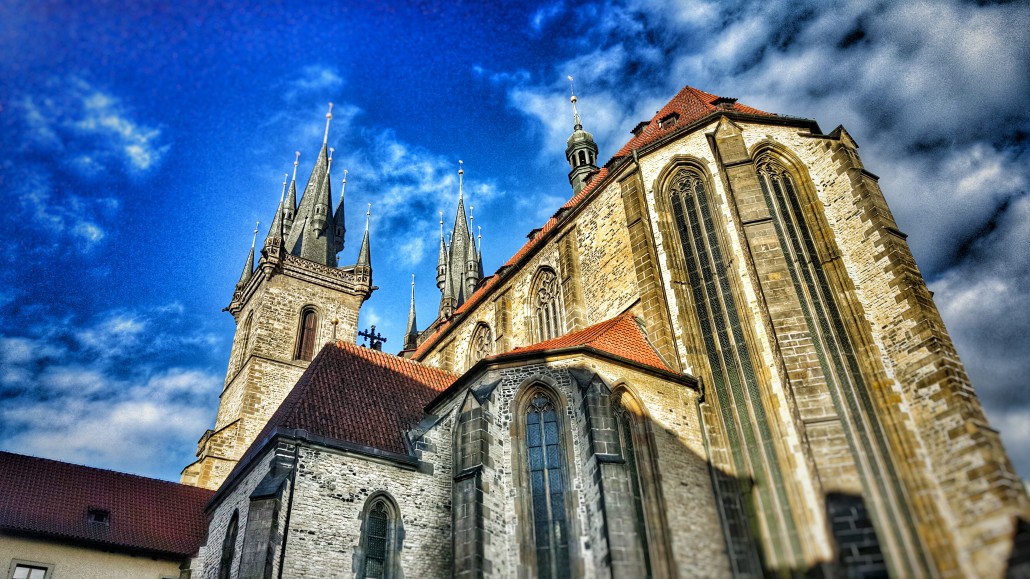 Climate Change Centre Reading, is honored to participate at the UN regional meeting European Habitat Conference as a climate advocate for natural weather shelter / protection of #urbanthinkers. The conference will take place in the Prague Congress Centre, Prague, Czech Republic between March 16 to 18, 2016

Habitat III Europe Regional Meeting “European Habitat” will involve a wide range of participants, that will debate regional priorities for the New Urban Agenda, and policy recommendations in the form of a final regional participants’ declaration. The “European Habitat”, is an international regional conference organised within the framework of the United Nations Economic Commission for Europe (UNECE). It is one of five regional commissions of the United Nations, bringing together 56 member countries from Europe, the Balkans, North America and a part of Asia. The event is an official part of preparations for the third global UN Conference on Housing and Sustainable Urban Development “Habitat III”. Based on a decision of the UN General Assembly adopted in December 2014, this conference should be held in Ecuador in October 2016. The event is being prepared by the UN Human Settlements Programme (UN-Habitat). UNO regional conferences are organised by individual regional economic commissions – and it is UNECE that covers the 56 above mentioned member countries (UNECE Member States).

In this regard, “European Habitat” will gather recommendations reflecting the consensus reached at the regional level on sustainable housing and other topics from the spectrum of a proposed New #UrbanAgenda.

Join us at this exciting opportunity to discuss the challenges of Sustainable “Housing in Liveable Cities”.

In the process towards a New Urban Agenda, Habitat III Europe Regional Meeting “European Habitat” will discuss how to ensure access to decent, adequate, affordable and healthy housing for all, with due attention to reducing the impact of the housing sector on the environment. Final declaration from “European Habitat” will be considered official inputs to the Habitat III process. Join us at this exciting opportunity to discuss the challenges of Sustainable Housing in Liveable Cities.

The official outcome of the European Habitat conference will be the Prague Declaration whose draft was discussed in December 2015 at the plenary session of the UNECE Committee on Housing and Land Management, the UNECE executive body for housing and urban development. In October 2014, the Committee discussed and adopted the Geneva UN Charter on Sustainable Housing, which was then approved by UNECE’s Plenary in April 2015 as the official contribution of the relevant region to the Habitat III conference. The Geneva UN Charter on Sustainable Housing is an essential strategic document which the Prague Declaration develops further. The European Habitat is one of the first UN implementing conferences reflecting the goals of UN post-2015 Development Agenda.

Final “Prague Declaration” from “European Habitat” will be considered official inputs to the Habitat III process.

The #UN European Habitat Conference, is part of the roadmap to #Habitat3 in QUITO – OCTOBER 2016.

Based on a decision of the UN General Assembly, the city of Quito, Ecuador, will host the third global UN Conference on Housing and Sustainable Urban Development (the “Habitat III conference”) from 17 to 20 October, 2016. These summits take place every twenty years; the first one was organised in June 1976 in Vancouver, Canada, the second summit “Habitat II” took place in June 1996 in Istanbul, Turkey.

The official outcome of the Habitat III summit will be the adoption of the discussed document (New Urban Agenda), responding to development in urban areas, with respect to the ever increasing share of the world’s population living in towns and cities (by 2050 the share will be 70%).

Preparations for the Habitat III summit are carried out according to the procedure approved by UN General Assembly; the process is managed by the Steering Committee of Habitat III.

Project ideas emerged from breakout groups for each of the following #RE100 challenges: Check back for more information In our efforts to motivate as many people as possible to leave the car for a day and join in our Car-Free Days, Climate Change Centre Reading (CCCRdg) has taken a huge lap forward by campaigning for Car-Free Days until the end of the year.

Yes, we are proud of announcing CCCRdg supporting the Join the Car-Free Work-Day Bloc @ Time To Act National Climate March!

BREAKING: Please see our press release below, we hope you will find the piece interesting,

Climate Change – It’ s time for decisions now! not waste billions on campaigning. Join us at the Car-Free Work-Day Bloc on the Time to Act Climate demonstration on 7th March!

Let´s work together to help achieve this, it will be an important step in solving and laying a just and fair developing pathway, switching to zero carbon fuels.

Learn about the fossil fuels problems, that causing climate change in our local community and further afield, and what we in the local community are doing, and can do to help tackle such matters.

BREAKING: CCCRdg has launched a campaign for a national “Monthly Car-Free Work-Day in the UK” http://media1.tvb-climatechallenge.org.uk/2015/02/CCCRdg-Press-Release_Climate-Change-Centre-Reading55.pdf  #MyCarFreeDaysRdg #UK

A regular car-free work-day in Reading and UK could fuel an International monthly Car-Free Work-Day which could be an astonishing example of traffic development and public realm. Reading has great potential to embrace the sustainable pathway and become a British role-model in climate change (the air is our all urban common) to honour a successful climate change agreement taking place in Paris December 2015. Every day more and more people are waking up to climate change. What scientists predicted decades ago is happening right now. And we have little time left to advert catastrophe. But those in power have not yet woken up, or are unwilling to act.

On March 7th, two months before the election, we will take to the streets of London in a creative mass action. We will set out clearly what must happen now to cut emissions and build a better future. No more half-hearted promises: it´s Time to Act on Climate change.

2015 is a crucial year for the climate. in the UK, we must tell politicians seeking election that there is no mandate for climate-wrecking business as usual. Then at UN talks in Paris in December, governments will come together to strike a deal for the climate.

Our future is at stake.

Find out how you can help:
www.campaigncc.org

– Have a well-established record of achieving high environmental objectives.

– Inspire other cities through new ideas, best practices and experiences. Councils that back fracking will get to keep more money in tax revenue, David Cameron has said as he urged opponents to “get on board”.

This report is a result of sifting through and distilling the hundreds of contributions made in response to dozens of practical questions raised during the 6-months “World We Want” stakeholder consultation. Recommendations emerged for a new development framework that calls for reducing inequalities around water through rights-based approaches to service provision and governance. These approaches should integrate the management of water resources and wastewater, and improvements in water quality, requiring all sectors to break out of their narrow silos. via Welcome to UN-Water.

Letter from the Chairman of Balcombe Parish Council

Over next weekend, from 16th to 21st August, the No Dash for Gas protest group is planning to hold their Reclaim the Power action camp somewhere in Balcombe.  As yet the location for the camp has not been disclosed and remains a mystery.

There have been reports in the media and on the group’s website that they will be here in response to a call from Balcombe to protect our interests. I have yet to establish who, if anybody, issued this invitation. It most certainly was not the Parish Council, and the local anti-fracking group, NoFibs, has confirmed it was not them.

For perhaps too long I have been sitting on the fence balancing the opinions in our village and tolerating extreme views, but the time has come to speak up.

Whilst villagers have voted that we oppose any future fracking and whilst having respect for those who wish to protest peacefully, there are three issues that arise from the intentions of the No Dash for Gas group.

Firstly will the camp itself be a trespass?

Secondly,  and making the first pale into insignificance by comparison, is the promise  of direct action on Monday 19th August  to stop the drilling by acts of civil  disobedience.  It is likely that  this will include an attempt to enter the site and physically stop the  operations, an action that could result in injury to people on either side  of the fence and /or to the police.

At a public meeting held last Friday evening the group sought to justify such actions on the grounds that the company that is drilling is acting illegally and that in consequence illegal actions to stop it are justified. This is quite simply not the case.  Like it or not, the drilling operation is entirely legal.  All the necessary permissions and permits have been sought and are in place.

Thirdly the  group seeks to legitimize such actions by saying that whatever is done is in response to Balcombe residents’ call for help. This is just not true.

So here it is. Balcombe strongly opposes any actions which may be taken which involve civil trespass and/or illegal acts. And I further state this, if the No Dash for Gas group is coming here in the full knowledge that it intends to break the law then it should stay away. It is not wanted in Balcombe! It is duly uninvited.