“What we are presenting today is both ambitious and something that we can afford” President Barroso stated while presenting the European Commission’s proposal on climate change for the EU by 2030.

Its main target is to reduce EU Carbon emissions by 40 percent by 2030. Also two previous cases regarding renewable energy and energy efficiency are not legislated at present. When comparing that to Stockholm’s current 50% slash since 2007 it is absurd to call a 40% reduce in emissions over the next 16 years as “ambitious”

The criticisms from environmental organizations have come in thick and fast.  Both Stefan Löfven (S), and Asa Romson (MP) have demanded in an article that all three goals should be mandatory not a “goal”.

There is every reason to be crital of the EU Commission’s lack of ambition. In the struggle to save the climate, it is not clear that the three goals are better than one.

We must look to be critical and push for more, as the more we do now the better infrastructure we will have to tackle climate change in the future.

How can we over achieve?
Renewable energy and energy efficiency is really the only means to achieve the main goal of reducing carbon dioxide emissions. With a functioning emissions offset trading system combined with a carbon tax. We will increase the amount of renewable energy and therefore energy efficiency will take off simply because it will be more profitable to do so. On the contrary, the more goals there are to fulfill. It will make it more expensive and more difficult than necessary to achieve the goal of reducing emissions,

Environment Minister Lena Ek, (C) claims (C) Are washing their hands of their responsibilities and she had a tougher global temperature increase target. However Climate Commissioner Connie Hedegaard said that no country raised any such requirements.

EU Commission’s proposal will now be discussed by the Government and the European Parliament. But the situation is indeed grim. A few years ago Barroso spoke with a strong voice on the EU to take on a leading role in climate change. Now it has died down in favor of defensive talk that Europe takes its share of responsibility. But it is only reasonable that the EU with its developed countries take the lead and provide more time for poor countries to adjust.

Although there are no guarantees that the big emitters like China would follow Europe if we embarked on a more ambitious climate path.  Are we really left with an alternative?

With climate threat hanging over us, we can hardly afford not to be ambitious.

6 reasons why the global temperature is rising

1. The rate at which the ice poles are melting is increasing. ( There is nothing that we can do about this. )

2. The melting of the ice poles releases enormous amounts of methane from the sea bed. ( There is nothing that we can do about this. )

3. The increased use of fossil fuels for energy.

4. Bush and forest fires contribute to more heat, and also to less material for the binding of greenhouse gases. ( Unfortunately fires destroy vegetation and ecosystems faster than new ones can be created. )

5. The amount of water in the ground, water reserves and watercourses is being reduced, and will eventually disappear. (This will create enormous problems for an increasing world population. )

6. Factor X – We are in the process of learning the effects of climate change, and a hot future will tell….

A 10 degree rise in temperature will ruin our basic crops and cause food shortages.

In order to STOP the next climate change disaster, we should have a one year amnesty, where Climate Change counter-productive activities are replaced with eco-friendly activities until late 2014.

Carbon Omissions Animation – In this provocative short animation, Guardian columnist George MONBIOT teams up with Leo Murray and green charity PIRC to explain the UK’s ‘carbon omissions’. Officially, UK carbon emissions have been falling for the past decade, but when you count the carbon outsourced to China and other countries, the UK’s emissions have actually gone up by around a fifth.

Brussels Briefing on Environment: All you need to know for the month of October 2013

In this latest Brussels Briefing on Environment, leading environment journalist Sonja van Renssen provides an overview of the latest developments in the field of EU Environment Policy.

We must have centralised energy policies at ALL COSTS! 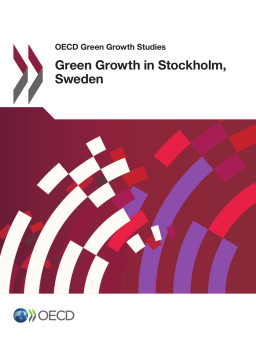