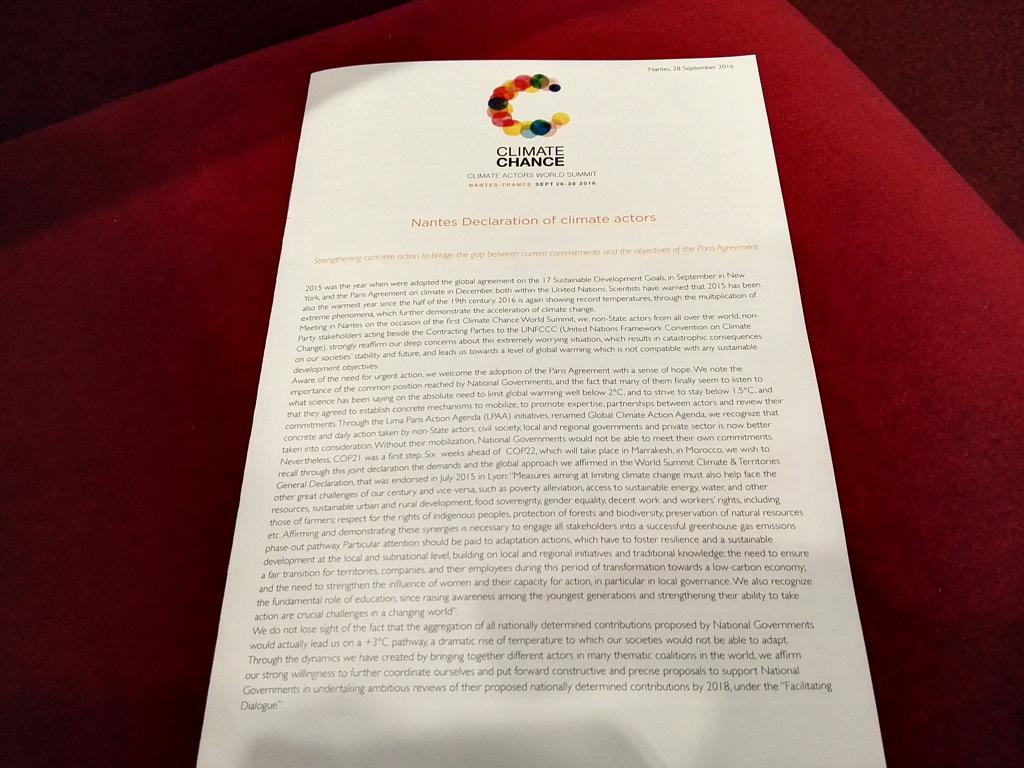 Congratulations to the Netherlands parliament’s brave decision to close down their coal industry.

Thank you to #ClimateChance and partner for organising this important stakeholder event in Nantes.

Thank you, to the Habitat III Panel discussing the #NewUrbanAgenda (NUA) in this climate forum – “On the road to Habitat III, what is the place for proposals from non-state actors?” (28/09/16, 9-11 am)

It was mentioned that 15 of the paragraphs of the New Urban Agenda addresses cities and climate change. Economic growth and development is mentioned as many times! While half the world is trying to stop the petroleum companies from drilling activities.. These two polarised position doesn’t match!

The NUA’s responsibility is to make cities divest from fossil energy and reinvest in urban sustainable opportunities.

We stress the importance of the use of funds mobilized by climate action, both mitigation and adaptation, for the development of sustainable cities and rural territories, considering that the New Urban Agenda that will be adopted by the UN member States during Habitat III Conference in Quito in October 2016 should show territorial coherence respecting the various global challenges we face.

In the agreed Habitat III document we need a paragraph about urban degrowth and protecting our green belts, shrinking cities,, There should even be a shut-down paragraph of cities and how to rewild shut-down cities.
https://www2.habitat3.org/bitcache/97ced11dcecef85d41f74043195e5472836f6291?vid=588897&disposition=inline&op=view

What is the really the views of the on the new data driven UN-cities concept?

Is the Habitat III agenda about smart purpose driven cities or is Habitat III trying to create a city in city?  When it comes to stakeholder’s engagement and multi-actor governance, this is urgent;

What is the military’s stakeholder role in the new urban agenda? Military reserves for urban capability building in a peaceful world.