The peoples Climate March last September was huge. Around the world hundred of thousands took to the streets and together made history.
2015 needs to be even bigger. The UN climate talks in Paris this December are crucial if we’re going to protect all that we love. So far the pledges on the table are nowhere near enough. 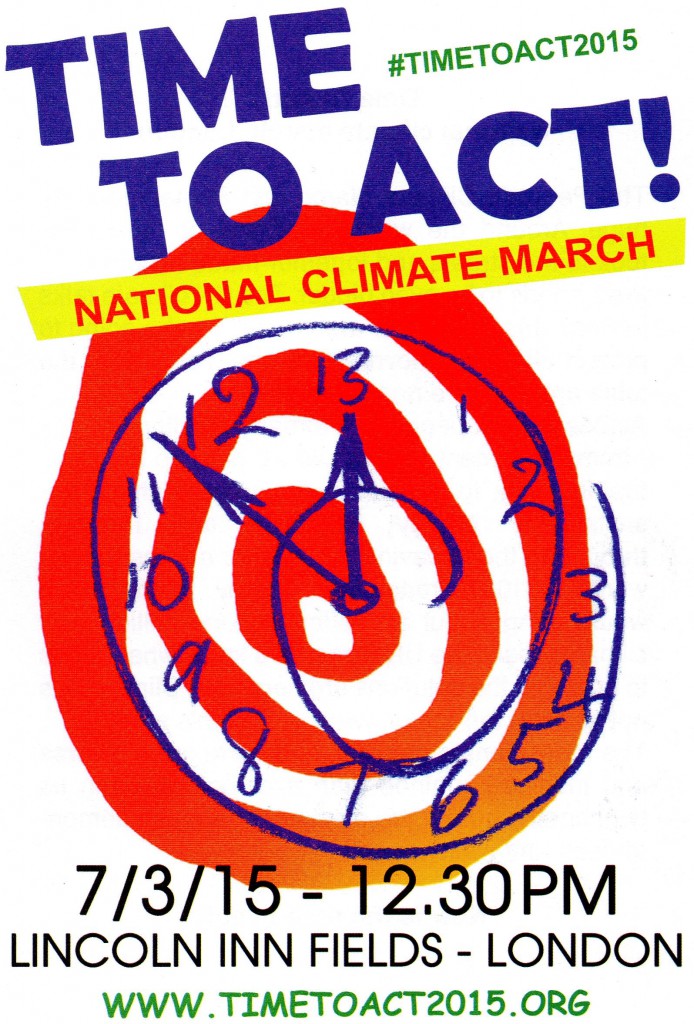 Across the UK people are already building change – from divestment of funds which prop up the fossil fuel industry, to frontline communities fighting unsustainable energy extraction and fracking, through to those paving the way for a transition towards a 100% renewable energy future which would bring about an estimated one million new climate jobs in the UK alone. We know what needs to be done, the solutions are here now. Climate has got to be at the top of every politician’s agenda.
The movement is growing, and we’re more diverse and more determent than ever before. Join us two months before the election for a mass demonstration and wake-up call.
Sign up in our Car-Free Work-Day Bloc march on the 7th March to make the link between climat change and switching to zero carbon fuels. Put the climate on the agenda ahead of the 2015 General Elections and the December 2015 Paris United Nations COP21 climate talks – https://www.facebook.com/events/632679746859395/

Now is the time to act.